skip to main | skip to sidebar

In need of spiritual director

Friends,
As you may have heard I was recently granted a special position at the University of Tennessee in the Department of Religious Studies as part of Villanoce College "Shared-Experiences" program. Seeing as I have been promised a grant from the federal government to start a community action program as part of the "Fresh-Air" inititative, I was hoping to see if we could reformulate a more progressive church community.
As such, I would like to set aside a portion of the grant to pay for a new Spiritual Director. If you are interested or know someone who is interested, please don't hesitate to call me.
Here are a list of some of the requirements:
1. Must be able to secure funding from Government Organizations such as HUD, NEA, DOE
2. Must be able and willing to dialog with other community activists and leaders
3. Must be able to work with and earn respect of other community activists and leaders
4. Must be able to present evidence of experience administering a preferential option for the poor and disenfranchised in the community
Sincerely,
H. Robert Williams

Posted by H. Robert Williams at 6:01 PM No comments:

Hey everybody! I came across this horrendous "blog" while I was "surfing" the internet. Stay away from it! There's homophobia and progressophobia and Obamaphobia and definitely phariseeism. I'll add it to the banned "blog" list later, but for now here's the link to stay away from:

Just thought I'd let you know that I'm doing great and have made a lot of new friends on Facebook. See you there!

I am filling out the questionair for the Obama Cabinet positions and I think I need a little help.

Okay. Here's what I have for question 1:

Resume's in the last ten years:

(B_____) "Che'" Lovell
(I crossed out my real first name because basically I don't want people to use it anymore)
1401 Old Weisgarber Rd
Knoxville, TN 37909
(That was from before I got my new address in jail)
Education
University of Tennessee, Knoxville
Undeclared
West Highschool
Political Experience
Knoxville Green Fist Action
Assistant to Neighborhood Coordinator, 1992-1993
Best Young Agitator Award, 1992
Community Organizer, 1993-1994

Knoxville J-C's
Halloween Booth Captain
We won the scariest halloween display contest for three years in a row. I was in charge of background scenery and I was given a limited budget of only 47$ and what I did was buy two cans of paint one read and one black and I painted all these wooden plywood boards all black and then I put red stripes on them, and I actually only spent $25 and so Keith and I spent $10 on lunch and we gave back $10 and they spent it on extra spaghetti for the fake lobotomy display.

(I have a lot more political experience now, but I haven't updated my resume)

Business Experience
Che's Beret's, CEO
This didn't work out so well, but I did sell a couple of berets to this girl I knew named Daphilia Jones and she said that she really liked them and that I should make more, but then she moved to California and I lost her address.

Skills and Certifications
None

You know this resume was before I got my facebook page and stuff, so I should probably use that one instead.
Che'
Posted by Che' Lovell at 8:06 AM 2 comments:


Sorry I haven't been in touch for a while. Basically I've been in jail. Anyway, jail is a lot cooler than I thought because they have a lot of classes I can take and stuff. Like I am taking interior design which is going to help me really focus on doing stuff for whatever church I am going to join when I get out.


Also you would not believe how many Barack Obama supporters there are in jail. I mean, practically everybody except the people who were for Ralph Nader. My mom was for Ralph Nader but I said to her that Obama is ten times better than Ralph Nader because Obama knows all about Liberation Theology which I am really big on.


Anyway I was going to say that another really cool thing about jail is I get free therapy. I have this doctor named Frank Peckscott. I am supposed to call him Frank. Anyway, he said I was suffering from guilt. He said that guilt is caused by my parents yelling at me when I was a kid. He said that when parents yell at kids they get low self-esteem and so what I have is low self-esteem and so I should work on feeling better about myself.

Frank told me that if I feel people have been hurt me or something what I need to do is get IN THEIR FACE and tell them that they BETTER APOLOGIZE RIGHT NOW! So. I haven't seen Father Tim for a while but if I do, I am going to get in his FACE right away. Also the person I really think should apologize right away is TODD TURK. And also I think H. Robert Williams owes me big time.

Now that Barack Obama is president (YES!) I am really thinking my self-esteem is going to be a lot better.
Posted by Che' Lovell at 6:54 AM 2 comments: 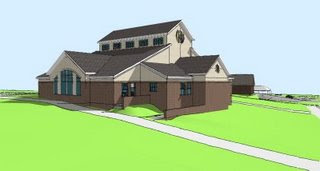 Hello... I haven't spoken in some time but I wanted to let you know that Fr. Tim is well and he is now an adviser on the building committee for St. Albert the Great parish.
Posted by Fr Juno at 7:29 AM 7 comments:

The Remains of SOV2 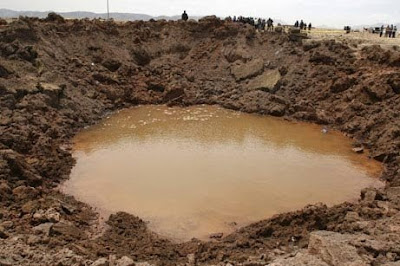 Oh What a Tangled Web We Weave

Some of you may be wondering what happened last night with the explosion and all. Once the bonfire was lit, massive fighting erupted from the Palestinians in the parking lot. They managed to cause the fire to spread--igniting the aspen trees that were meant to become priests, which in turn ignited the SOV2 building. Che had already started the countdown on the rocket, but the fire caused it to malfunction and detonate early, and the explosion from that caused the liquid hydrogen to erupt. Dr. Fakkir's ammo supplies and Keith's drugs were just fuel for the fire. So SOV2 is no more.

Miraculously, some of the parishoners were unharmed by the explosion--here is what happened to them:

Che Lovell--with the help of PeeVee, I was able to remove the beret (now I know why our tech calls are sent to Pakistan). I convinced the judge that without the beret Che was harmless. He was sentenced to 6 months in jail and 5 years of community service.
With the help of PeeVee/H Robert, I was able to upload a virus into the Vista OS which caused it to crash and wipe out the Vista version of H Robert and the files on HRI
Fr. Tim--was going to be arrested for various crimes, but he had some useful information, which he used to stay out of jail and be placed in protective custody... I cannot divulge his location now.
Dr. al-Fakkir--most of the Palestinians were killed in the explosion, Dr. Fakkir and the remaining troops were taken by Homeland Security and sent to Guantanamo Bay, Cuba
Keith--was arrested for illegal drugs. He will be serving time as Che's cellmate.
H Robert/PeeVee--took a post at one of the leading Universities in India. The two personalities are still clashing--should make for some interesting lectures.
Curt Kane--and the Brothers of Love were all arrested. He will be serving time on federal charges.
INS rounded up the migrants in the parking lot, and they are being sent back to their countries of origin.
The Sybs--were found to be no threat, although Syb Bob will serve some time on drug charges
The Native Americans in the parking lot decided that they had had enough and were moving back to their reservation
The Borgias from SSLI--were arrested for tax evasion. We were sure that there were other crimes committed, but nothing else would stick.
The Truly True Knights were arrested and disbanded--several gruesome murders were discovered.
The SSLI church was destroyed from an aftershock of the explosion at SOV2
Posted by Agent Smith at 11:07 AM 7 comments:

Hello... some friends of mine who attend St. Albert the Great said that they saw a large flash of light and heard a loud noise near the Spirit of Vatican II church. I am checking with you to see if you are OK. Happy Easter!
Posted by Fr Juno at 8:26 PM No comments: 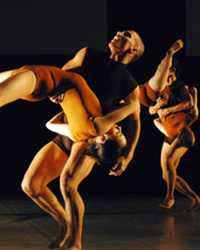 Hey! Now is the hour of our Triumph! In the setting sun of the dawn of a new day, we the Faith Community of Spirit of Vatican II hereby usher in a new morning of Catholic Ecumenical Spiritualism! All is prepared - nothing can stop us now from fulfilling the destiny of Vatican II. Let us bravely march forward, beginning tonight at the Vernal Equinox and Foot Washing Feast of the Election of Tim Plarvik!

The liturgical dance competition begins in 1/2 hour. The vernal bonfire lighting is only 1 1/2 hours away. See you there!

I have put not said anything about how I felt about this parish because most of the people were under investigation. But I need to say this now:
You people are crazy--voting for Bishops, ordaining trees, allowing migrant workers and homicidal Palestinians to take over the parking lots, mind-control berets, rockets pointing down at the parish. When I begin with the arrests, I think that the people of Knoxville will feel a lot safer. I think that after the bonfire, it will finally be time to reveal the results of my wiretapping and investigations. I have enough information to arrest several key figures from the SOV2 parish now... More on this later.

Agent Smith
Posted by Agent Smith at 7:28 AM 1 comment:

Hey everybody! I've been up all night thinking about how cool it is that I'm the Bishop of Knoxville. So let's get started right away. With my new power as Bishop, I officially declare the following people to be saints:

Also, I declare today to be "The Feast of the Election of Tim Plarvik", and anyone who comes to SOV2 or makes an internet donation will receive 14 carbon offsets.

Now let's get out there and wash some feet!

Who do you plan to vote for for Bishop of Knoxville?

Spirit of Vatican II is Knoxville's hippest and most unreal faith community, considering that it does not actually exist. If it did exist, it would be located on a beautiful wooded campus in North Knoxville. SOV2 features contemporary worship and a diverse and friendly and ecologically low footprinted community. Until we get a link to MapQuest, here's our address: Spirit of Vatican II Catholic Faith Community 1965 Dry Gap Pike Knoxville, TN 37922 email: sov2@sov2.org